When the moment of justice came for Golden Dawn it happened in a flash. One by one, the men who had headed the neo-Nazi party were delivered to court with lighting speed, black SUVs screeching to a halt as riot police kept onlookers at bay and agents in bulletpoof vests and balaclavas pushed the burly politicians, handcuffed and smiling, into building number six.

”We are crystal clean,” one MP, Nikos Michos, managed to shout as he was led into the Athens courtroom. And then it was over.

Tuesday’s scenes were the second act of a drama that started in the early hours of Saturday when counter-terrorism officials, in an unprecedented operation, arrested the most prominent figures of Greece’s far-right Golden Dawn movement on charges of operating a criminal organisation masked as a political group.

Nikolaos Michaloliakos, the extremists’ enigmatic leader, was said to be in his pyjamas when police surrounded his home and knocked at the door. Like his second-in-command, Christos Pappas, who subsequently surrendered, and the four MPs who were hauled before a public prosecutor on Tuesday, he stands accused of murder, money-laundering, blackmail and illegal possession of arms.

Greeks are stunned by the latest developments. They are shocked not only by the tactics employed by police, and the ferocity with which they have clamped down on the group but also the revelations that have since emerged surrounding the country’s third biggest political force.

Four years into the debt-stricken country’s worst crisis in modern times, there is widespread disbelief. None more so than in the migrant communities of Athens, where the far-rightists had overseen a reign of terror, escalating attacks on dark-skinned foreigners as their ratings soared in the polls.

”Every night we’ve been scared,” said Shahid Sahid, a Bangladeshi immigrant who has lived in the Greek capital with his wife for the past 26 years. ”They would roam the streets with clubs and iron bars looking for people like me.”

On Tuesday, however, Golden Dawn diehards, led by Michaloliakos’s daughter, Ourania, massed at the court complex to greet the MPs as heroes. ”We are with you,” they cried.

The anti-immigrant party has virulently denied accusations of criminal intent, insisting it had nothing to do with the death of Pavlos Fyssas, a 34-year-old Greek musician whose brutal murder two weeks ago triggered the crackdown. The rapper died within minutes of being stabbed by a self-professed member of Golden Dawn.

As they testified before an investigating magistrate the four MPs, led by Ilias Kasidiaris, the party’s one-time spokesman, claimed that the charges were politically-motivated – a reflection, he said, of the government’s terror at the group’s runaway success in the polls.

Eleni Zaroulia, Golden Dawn’s only female MP and Michaloliakos’s wife, threw a plastic cup from which she had been drinking and then spat at a journalist when asked what the party’s reaction to the allegations were.

”Get out of here. I’m speaking to you in Greek!” she shouted before spitting again.

The 48-year-old MP, who has given speeches denouncing ”subhuman foreigners” in parliament, will take over the reins of Golden Dawn, while her husband, believed to have been referred to as ”the Führer” by cadres, remains behind bars.

On Tuesday his continuing detention looked increasingly possible as police, citing intercepted telephone calls, announced they had incontrovertible proof linking the leader to Fyssas’s murder. The revelations came as ex-members described how the extremists had recruited young Greeks, often desperate for work, with promises of money and a job.

”It is very easy to join Golden Dawn but very hard to leave,” one member was quoted as telling police in testimony leaked to the media. ”When I stopped going to meetings I received threatening telephone calls.”

In a detailed account of the ”brain-washing” recruits received, another supporter described how members had been trained in Nazi-style hit-squads to attack immigrants, ”especially Pakistanis for fun”.

Golden Dawn has been linked to more than 300 assaults – mostly directed at migrants but more recently targeting gay people and leftists – since it was elected to the Greek parliament with almost 7% of the vote and 18 MPs in June 2011.

The far-right party has long rejected accusations that it is a neo-Nazi organisation. But those denials were roundly rebuffed this week when police unearthed Nazi paraphernalia in the houses of several of the MPs.

While Michaloliakis had a framed picture of Hitler in his home, Pappas, the party’s chief policymaker and holder of some of its hardest views, kept books, pictures and flags honouring the Führer in his own maisonette – along with vintage wine bottles emblazoned with the image of the Italian dictator and fellow fascist Benito Mussolini. Both men will appear before an investigating magistrate, who will decide whether to imprison them pending trial, this week. 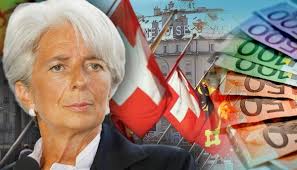